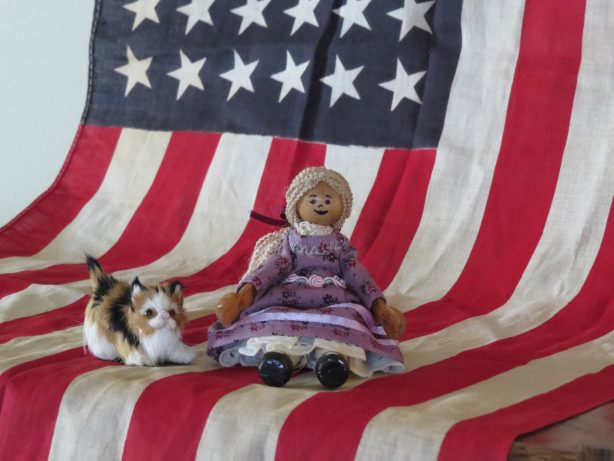 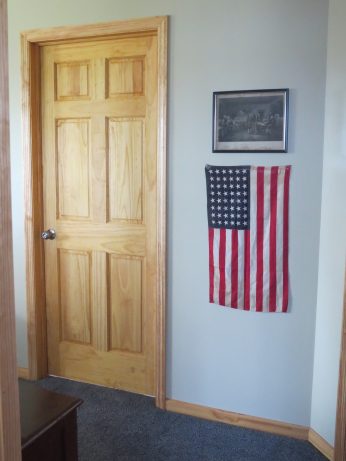 In our upstairs hallway hangs this old flag and a historic picture called “The Declaration of Independence.” 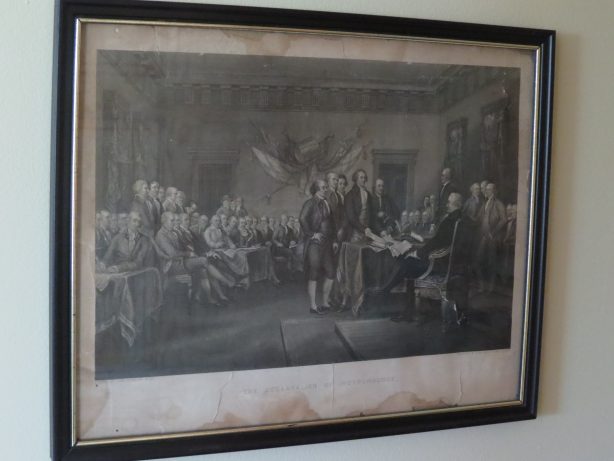 It was hard to get a clear picture, so here is a close up of our print of

the painting done by John Trumbull in 1817. 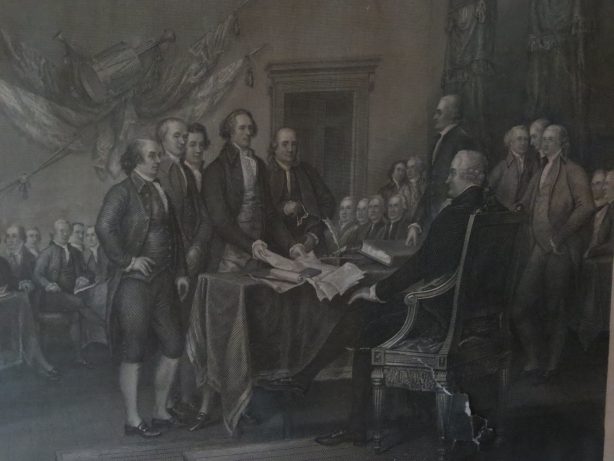 I was interested to find in this little old book about the American flag that I previously had our flag hanging wrong, with the blue field of stars on the right, but it properly belongs on the left when hung on the wall like this.  I’m glad that I now have that corrected. 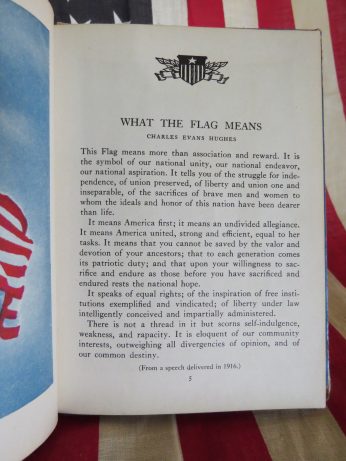 The page below was interesting, “A Mighty Nation on Whose Flag the Sun Never Sets.”

What a fascinating thought. 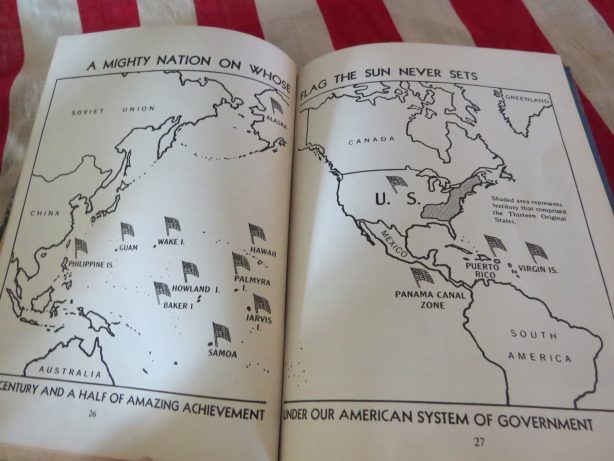 Today, I give thanks for the many noble heros who helped to found our country and of the courage and faith that they displayed. 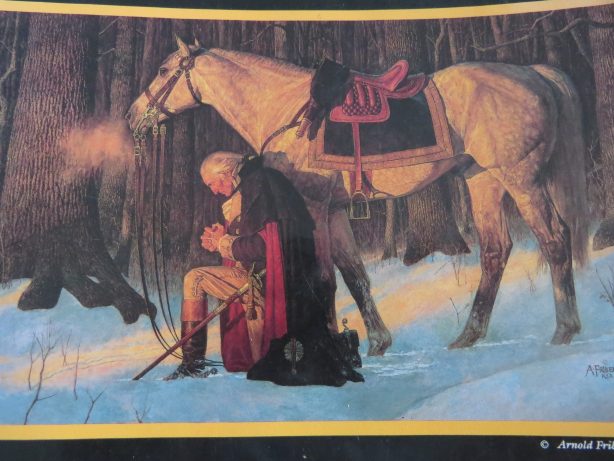 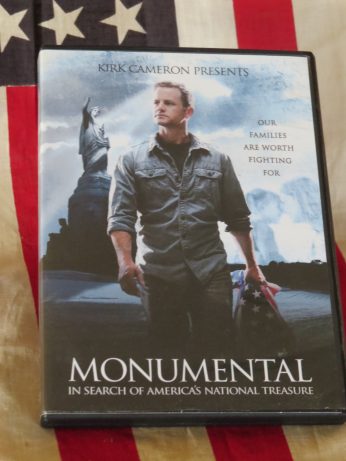 In this DVD, I enjoyed the interview with David Barton, who has an astounding collection of papers, letters and books that shed much light on the beginnings of our country and its government.

Here is a video clip I found on YouTube that shares a bit of the main focus of Kirk Cameron’s tour of Plymouth, Massachusetts.  The Matrix of Liberty is a huge granite statue in Plymouth that we had never heard of before, but what a testimony it is to the Pilgrim’s purpose for establishing themselves here on our shores so long ago amid so much suffering.  They had a vision for a country where people would be free to worship God.

I recently read the biography of Francis Scott Key, who wrote our national anthem.  The last verse is one that is seldom recorded, but it is so beautiful.

Oh, say can you see, by the dawn’s early light,
What so proudly we hailed at the twilight’s last gleaming?
Whose broad stripes and bright stars, through the perilous fight,
O’er the ramparts we watched, were so gallantly streaming?
And the rockets’ red glare, the bombs bursting in air,
Gave proof through the night that our flag was still there.
O say, does that star-spangled banner yet wave
O’er the land of the free and the home of the brave?

On the shore, dimly seen through the mists of the deep,
Where the foe’s haughty host in dread silence reposes,
What is that which the breeze, o’er the towering steep,
As it fitfully blows, half conceals, half discloses?
Now it catches the gleam of the morning’s first beam,
In full glory reflected now shines on the stream:
‘Tis the star-spangled banner! O long may it wave
O’er the land of the free and the home of the brave.

And where is that band who so vauntingly swore
That the havoc of war and the battle’s confusion
A home and a country should leave us no more?
Their blood has wiped out their foul footstep’s pollution.
No refuge could save the hireling and slave
From the terror of flight, or the gloom of the grave:
And the star-spangled banner in triumph doth wave
O’er the land of the free and the home of the brave.

Oh! thus be it ever, when freemen shall stand
Between their loved homes and the war’s desolation!
Blest with victory and peace, may the heaven-rescued land
Praise the Power that hath made and preserved us a nation.
Then conquer we must, when our cause it is just,
And this be our motto: “In God is our trust.”
And the star-spangled banner in triumph shall wave
O’er the land of the free and the home of the brave!

“Praise the Power that hath made and preserved us a nation!” 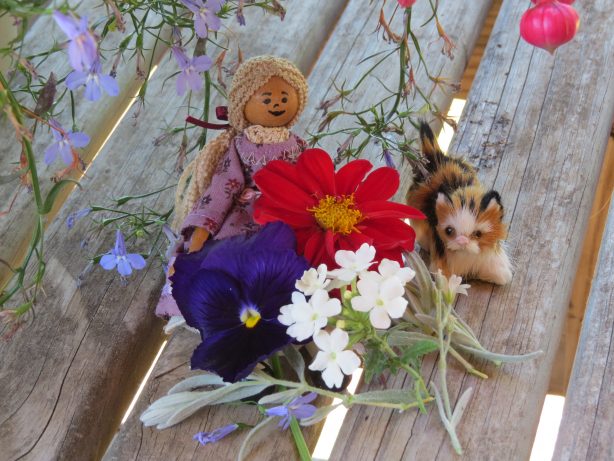