You are here: Home / Deeply Thinking
Categories: Penny at Home 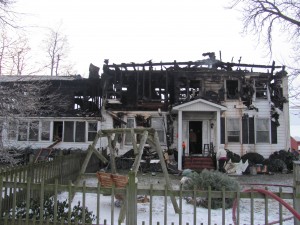 In our home we are solemnly remembering what happened a year ago.  This is not our house pictured, but Becky’s brother Peter and his family rented part of this house.  One day as they sat in their living room, they smelled smoke coming from upstairs.  Peter rushed up to find the bedroom full of smoke;  he grabbed blindly for his littlest son who was napping there in the crib, and rushed his family outside.

From the safety of their car they watched as the fire trucks came to battle the raging flames.  They praised God that they were all alive and had each other.  Beside them were their Bibles they had saved and the diaper bag.  Yes, there are times when a diaper bag has more value than all the household goods.

It was a stunning day for them and for the lady that owned the rest of the house who lost so much.  Peter, Amy and the boys lived in other people’s homes for several weeks until they found a new house to rent.  So many kind people shared what they had and helped in whatever way they could.  It is very touching to see the love of God poured out through the kindness of others when you are in need. 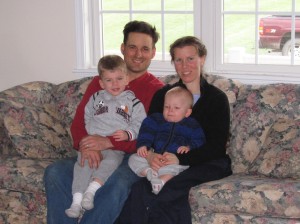 Something like that really makes you re-adjust your thinking.  I sit here staring into the flames of my little fireplace thinking that this lovely dollhouse is really only just cardboard, and I am made of simple wooden clothespins.  So fragile.  So temporary. 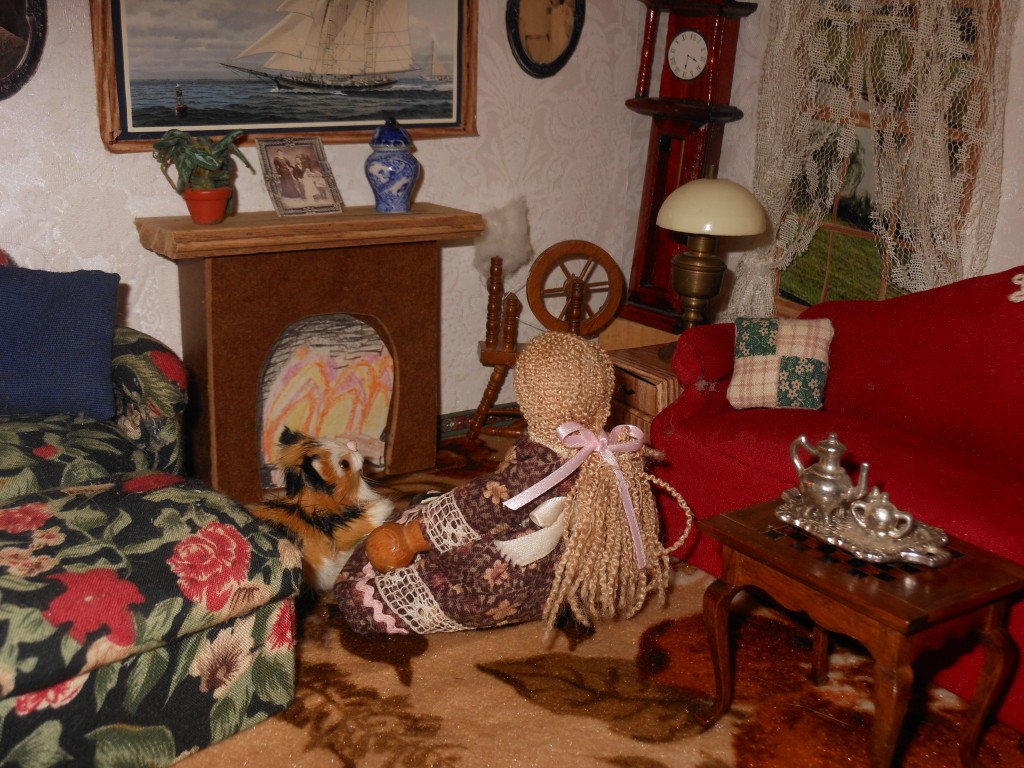 Becky found this poem on the back of a box of tea, I think it is a good thought.

He who binds to himself a joy
Does the winged life destroy;
But he who kisses the joy as it flies
Lives in eternity’s sun rise.

-William Blake
The end of Matthew 7 tells the story of the wise man who built his house on the rock, and it endured the storms and floods.  But the foolish man built on sand and when the storms came he lost everything.  That story is told in poem in this children’s book.  (written by Jane R. Latourette, 1966, Arch books)
Carefree Zeb builds his house on sand.

When the storm came and washed Zeb’s house away, he found refuge with the man whose house was built on the rock. 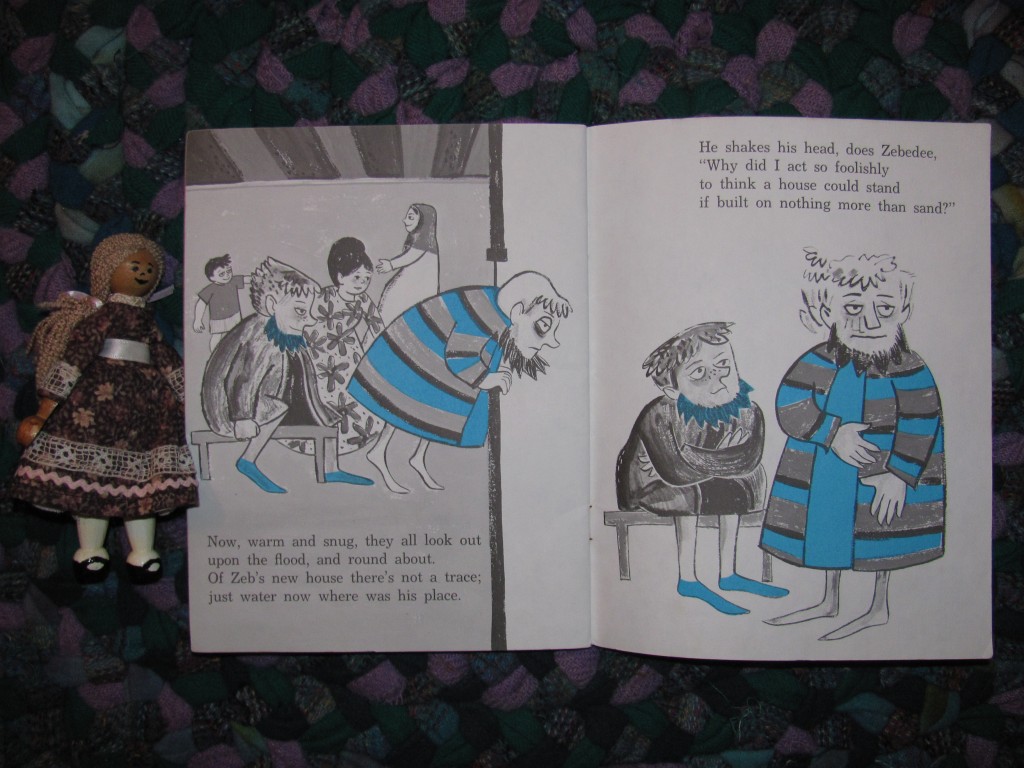 “May I always remember things dear to my heart

Are mine to hold only by the grace of God.”